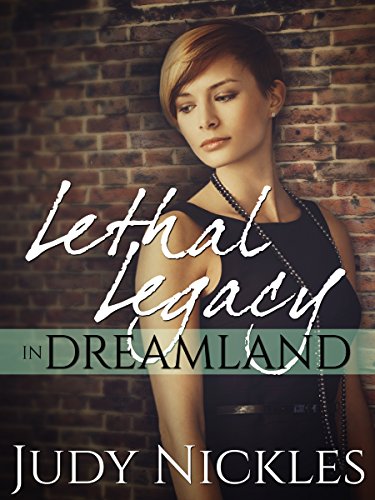 What’s the ghost of Al Capone doing in Dreamland, Arkansas?

Trixie’s willing to live and let live, but Al doesn’t seem to be so tolerant!

Trixie Blake barely remembers her small hometown or the grandfather who left her the Quimby Building on the antiquated town square. Newly-widowed and at loose ends, she treks to Dreamland to look for a fresh start. It takes less than twenty-four hours to discover she’s in the path of a shadowy development company’s plans to take over all of Dreamland’s historic downtown. That is, if they can persuade the three hold-outs to sell and move on. When Trixie decides to become hold-out number four, her already precarious situation deteriorates rapidly.

She finds an odd assortment of allies: the Drummond sisters, two feisty senior citizens who run the Sunshine Style Shoppe on the first floor of Trixie’s building; Rudy James, a former high school classmate (now the proprietor of the Twilight Bar and Grill); Glen Ellard, the long-time mayor who owns the town’s only hardware store; Hetty Green, a retired teacher who keeps her fingers on the pulse of the town; Danny Jefferson, who doesn’t let his Down Syndrome define him; Mitch Langley, whose connection to the development company is too close for comfort; and Candace King, self-appointed head of the Dreamland Historic Association, who knows the town’s dark secrets.

On top of everything else, Trixie’s great-grandfather’s buddy Al Capone seems to be still in residence on the Quimby Building’s second floor. Does he also get out and about to vandalize Trixie’s hotel room, slash her tires, and make threatening phone calls? And why does Police Chief Doug Everton want Trixie out of town sooner than later?

Has Al met his match in Trixie Blake? Or is he just a bystander in a seedier plot? Scroll up and grab a copy of Lethal Legacy in Dreamland today.

Review of “Battle for the Throne”:

Battle for the Throne is the story of a young woman’s determination to set her kingdom free at any cost to herself. All in all, it is an entertaining read for adults or mature, older teens who enjoy fantasy and aren’t bothered by fairly non-graphic violence as well as women in combat/torture situations. The story is not terribly complicated. Some of the writing is a bit stilted and some of the dialogue a bit modern for the portrayed setting. 3/5 stars* ($2.99)

Battle for the Throne: Tales From Falyncia Book One (Kindle Edition) 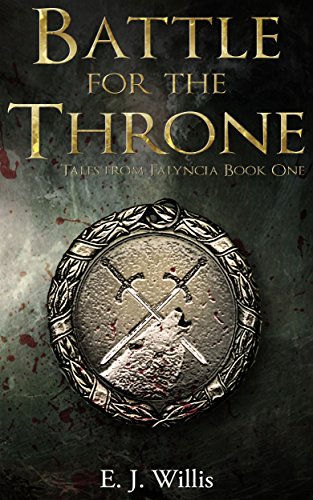 See larger image
The sword quivers in Alaina’s hand. With one final stroke she can slay the gladiator, win back her freedom … and lose the trust of her people forever.

The Kingdom of Falyncia is caught in a war between a guardian spirit and a powerful demon. Alaina barely escapes with her life, yet she vows to one day claim the throne. When she finally returns home, the enemy has her in his grasp. Now she must choose between freedom and staying true to her people. If she fails to kill the gladiator, torture awaits. Can she find the courage to face it? Or will the demon triumph again?

*I received a free copy of Battle for the Throne in exchange for my honest review. 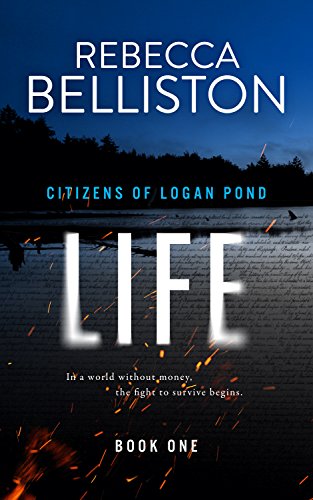 See larger image
“A powerful, realistic story about life and love and the resilience of the human spirit. Just the right mix of action, drama, and romance.” – Readers’ Favorite

IN A WORLD WITHOUT MONEY, THE FIGHT TO SURVIVE BEGINS . . .

The economy crashed, the country is floundering, and Carrie Ashworth struggles to keep her siblings alive. She has two jobs in her newly-formed, newly-outlawed clan: grow crops to feed thirty-six people and maintain contact with Oliver Simmons, their local patrolman. Carrie’s life is almost content when Greg Pierce shows up.

A man with the ambition to help them survive. A man determined to hate her.

Greg sets to work devising systems to protect the clan but it doesn’t take long to realize the true reason behind their safety. Patrolman Simmons has fallen for Carrie.

When a government raid nearly wipes out their clan, Greg takes it upon himself to give the socially-awkward patrolman what he wants. Only Carrie doesn’t like Greg throwing her in Simmons’ path, especially when Greg’s brusque exterior melts and she catches a glimpse of the real man underneath. Carrie is forced to choose: follow her heart or save her clan.

Life won’t let her choose both.

Her home. Her parents. Her freedom. Gone.

His dreams. His sister. Himself. Lost.

Life is the first novel in a dystopian trilogy that follows one family’s fight to survive in a financially collapsed America. Within the confines of their small neighborhood, the people of Logan Pond must pull together to hide from the oppressive government. This clean romance has heart-pounding, page-turning suspense that is “all too real.”

“A terrific study of character, an exciting adventure and a beginning of a promising series! What more can anyone ask for? Except for the next book, of course!” – InD’Tale Magazine

All the books in the Citizens of Logan Pond Series are now available on Amazon: 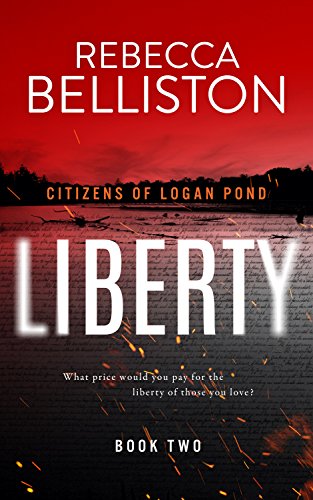 Chicago is burning, a rebellion rises, but that’s the least of Carrie’s concerns. Patrolman Simmons is assigned new partners who threaten the security and secrecy of Carrie’s clan. Tensions are high, lines are drawn, and Carrie feels a wedge growing between her and Greg.

Haunted by past mistakes and impending tragedies, Greg knows he should distance himself from Carrie. He knows he should let her love the patrolman who can save her and her siblings, especially with money and resources dwindling. But knowing and doing are different matters. He’s busy hatching a plan to salvage things when his citizenship backfires, and he’s asked to do the unthinkable. In this stunning follow-up to Life, loved ones are lost, allegiances are tested, and old enemies plot revenge. At every turn, the citizens of Logan Pond must ask:

What price would you pay for the liberty of those you love? 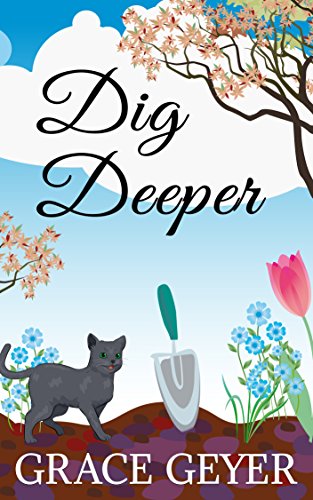 See larger image
Will Stanley’s ghost reveal the mystery of the lost treasure?

Miranda must solve the mystery surrounding her customer’s deceased husband, a secretive grandson, and a strange intruder in the garden.


Miranda’s finances are strained and she needs money before the summer is over or she will have to give up her dream of independence and the collapse of her business. Can she take the advice of her ghostly mother to swallow her pride and allow others to aid her? Can she find the hidden treasure?

If she fails there is a lot at stake for all. Who can she trust?