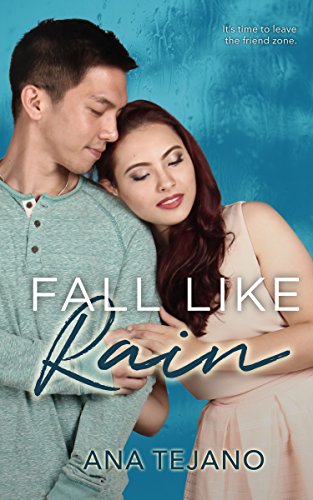 See larger image
Rain De Castro has been in love with her best friend, Mark Velasco, for almost the entire time she has known him, but she’s clearly in the friend zone because he’s happily in a relationship. Or so she thought, until the news of his break-up reaches her. Now that Mark’s single again, she decides that it’s time to get out of the zone. But when her cousin Lissa comes into the picture and sets her eyes on Mark, Rain feels troubled when he gets a little too friendly with her. Rain is determined to fight for what she feels this time, but is it worth the effort if it’s a losing battle from the start? Will she back off to give way for her best friend’s happiness, even if it means losing him to someone else again?
Kindle Edition: Check Amazon for Pricing Digital Only 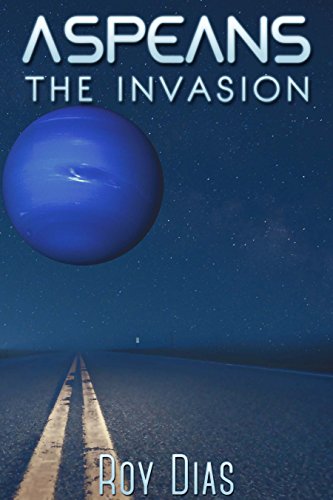 See larger image
James was surrounded by fear. He and everyone else with Asperger’s had been thrown into a concentration camp, and fear was everywhere. His fellow inmates had no idea what was going on. Innocent victims: that’s what they were.

The government had obviously panicked, losing control and giving into external pressures. After they revealed that everyone on the autistic spectrum descended from aliens, they used these camps all over the world, supposedly to protect them, to keep them safe. But in reality, they felt the need to control them. They feared that, when the time came, they would attack the human race.

James couldn’t help but feel sorry for them. They didn’t know what was going on, that Earth was going to be invaded by the Nequitians, using his brother’s DNA. He had to escape. Outside these walls were drones set to contain them, but James was going to have to save the world. He had to so he could save his brother. 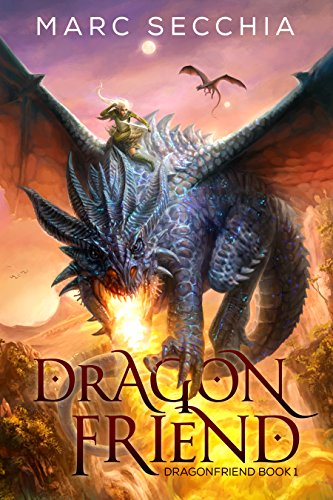 Stabbed. Burned by a dragon. Abandoned for the windrocs to pick over. The traitor Ra’aba tried to silence Hualiama forever. But he reckoned without the strength of a dragonet’s paw and the courage of a girl who refused to die.

Only an extraordinary friendship will save Hualiama’s beloved kingdom of Fra’anior and restore the King to the Onyx Throne. Flicker, the valiant dragonet. Hualiama, a foundling, adopted into the royal family. The power of a friendship which paid the ultimate price.

This is the tale of Hualiama Dragonfriend and a love which became legend.

>>>Fly away on an unforgettable dragonride today!

Scroll Up and Grab Your Copy! 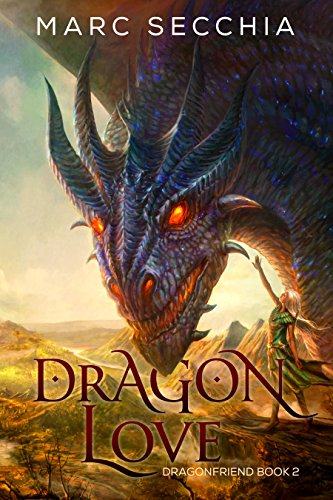 See larger image
When a woman loves a Dragon, that love will change the world.

Six years have passed since Hualiama and Grandion defied the Island-World’s most sacred law. They burned the heavens together as Rider and Dragon. For his crime, Grandion the Tourmaline Dragon suffered exile and imprisonment. The Dragons forced Hualiama to forget her past.

Now, the suns must set upon the age of the Ancient Dragons. Amaryllion Fireborn, last of his kind, bequeaths Hualiama an astonishing legacy. She is the Dragonfriend. Raised by Dragons. Burned by Dragon fire. Oath-bound to a Dragon. Crossing the Island-World in search of her Dragonlove, she will forge an indelible mark upon history.

As war between Dragons and Humans engulfs the Islands, Hualiama must unravel the secrets of her tragic past in order to confront an evil that threatens the very existence of the Dragonkind. For love that is tested in the crucible of fate must burn, or die.

Dragonlove is the sequel to Dragonfriend, set in the same world of the bestselling dragon series Shapeshifter Dragons and Shapeshifter Dragon Legends. This series can be read in any order alongside Aranya, Shadow Dragon and The Pygmy Dragon 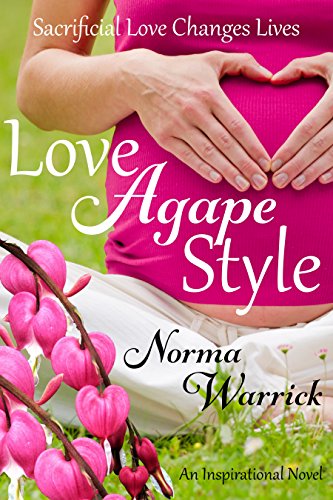 See larger image
College student Sherry is kicked out of her family home by an irate father who is demanding an abortion. Almost immediately she meets an Agape Group couple who help her with housing, marrying her boyfriend, and the birth of her baby. The Agape Group uses a hands-on approach to their pro-life ministry when they come to the aid of the newly-weds.

Beginning her walk of renewed faith, Sherry is faced with enormous challenges.
Her unstable father resorts to violence to regain control of his family. Sherry’s mom and
siblings, having been victims of her father’s rage, respond to the outreach of kindness and care from Sherry’s new friends. The Agape couples again become God’s tool to surround Sherry and her family with loving support.

In this inspirational Christian fiction, the Agape Group lives out their love during highly-charged times. However, when another disaster hits Sherry’s embattled family, will it be too much for the newer believers? 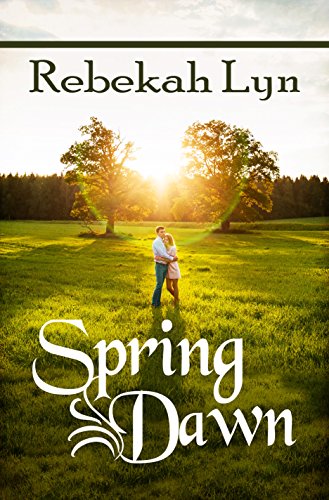 See larger image
As spring warms the trendy downtown district of Orlando, Florida, reconnect with Lizzie, Jeff, Ian, Stephen and Michelle. There is romance in the air and Lizzie Reynolds is crazy in love with Ian Cavanaugh. He is everything she had ever dreamed of, handsome, kind, funny and most importantly a man who loves God. So why is she not returning his calls? Ian is confused and frustrated as Lizzie uses work to excuse the distance she is putting between them. Will his patience reach a breaking point before Lizzie has the courage to reveal the fear that is tearing her apart?
Kindle Edition: Check Amazon for Pricing Digital Only 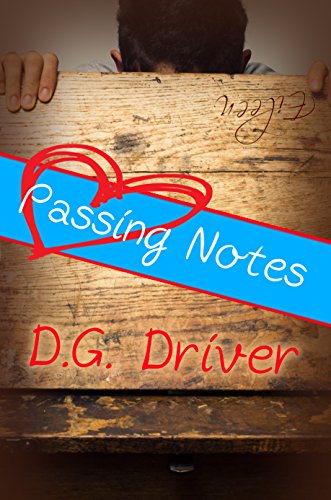 See larger image
Mark has finally gotten the attention of the girl of his dreams. Only, his lame attempts at romance through texts and emails seem to be turning her off. When he gets put in the back of the room in an over-full class at school, he begins to discover old notes giving advice about how to write a great love letter. At first he thinks he’s stumbled on some long-forgotten notes passed in class ages ago, but every time he reads them they seem directed specifically to him. They also appear at the perfect moment each time he needs more advice. It’s like someone is haunting him.

How do the notes keep appearing? Who’s writing them? Why?

And if Mark follows the ghostly writer’s advice, will he win Bethany’s love? 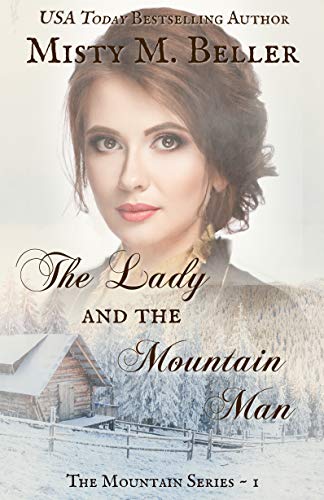 Leah Townsend, a recently orphaned heiress, flees Richmond after discovering her fiancé’s plot to kill her after their wedding. She needs a safe place to hide, and finds herself accepting a newspaper marriage proposal from a God-fearing young rancher in the Montana Territory. But when Leah arrives at the mountain ranch, she learns her intended husband was killed by a grizzly, leaving behind a bitter older brother and a spunky younger sister.

When Gideon Bryant finds an eastern lady standing in his log cabin, his first thought is to send her back where she came from. He’s lost too many people to the wild elements of these mountains––his parents, his wife, and now his brother. His love for this untamed land lives on, but he’s determined not to open his heart to another person.

But when an accident forces Leah to stay at the ranch for seven more months, can Gideon protect his heart from a love he doesn’t want? Has Leah really escaped the men who seek her life?

Get this inspiring Christian historical romance novel from a USA Today bestselling author. 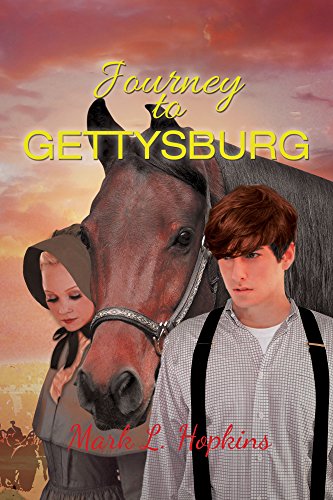 See larger image
Journey to Gettysburg is a dramatic replay of the events leading up to the most important battle of the Civil War. It is seen through the eyes of a Quaker boy who is first, a bystander and observer. Then, he is drawn into the conflict and becomes a participant in Pickett’s Charge, the climax of the three day conflict.

Matt Mason is a 15 year old boy who was raised on an isolated farm in rural North Carolina. With the untimely death of his mother it becomes necessary for him to find his father who is fighting for the Army of Northern Virginia. Much of the story is involved with the trek of the young man through war-torn Virginia in search of the Southern Army which is on the way to Gettysburg and the climactic battle that proves to be the turning point of the war.

During the trip north Matt matures from a boy to a young man in what becomes a “coming of age” story. The experiences on the trek, the challenges he faces day to day as he searches for his father, and the friendships he develops make the book memorable and hard to put down once the story begins. That is especially true in the developing relationship with the beautiful Ami-Ruth who provides a new dimension to his life as the conflict surrounding them threatens to consume them both.