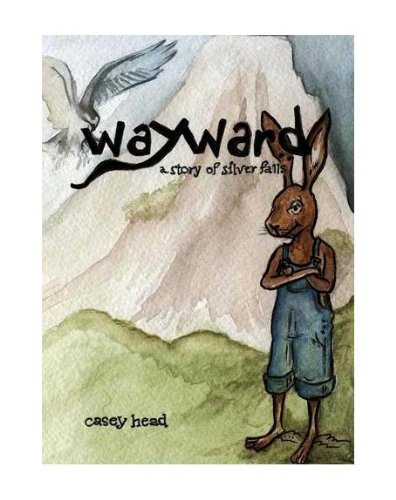 See larger image
In Wayward, author Casey Head creates an enchanting world readers will want to visit again and again. When Flynn the rabbit discovers that his mother abandoned him at a young age, he decides to run away and leave his hometown of Silver Falls far behind. Flynn, along with a few friends he meets along the way, goes on a wild adventure through mountains and grasslands to find the true meaning of love and family. Will he learn these important lessons? Will he return home to his family? Wayward will leave you breathless and begging for more!

“Wayward” is the exciting first installment in the Silver Falls Series by Casey Head. Similar in style to the Redwall series by Brian Jacques, or to Watership Down, or Wind in the Willows, you will be drawn into an enchanting world full of compelling characters.

See what readers are saying:

“Casey, I just stayed up WAY past my bedtime to finish Wayward. I LOVED it!! Your style is so descriptive and the characters just come to life! If I were a literary critic, I would give it *****+! (That’s supposed to be MORE than five stars.) Thanks for an exciting children’s book that teaches good values and can hold the attention of even us gray-haired children-at-heart.”
-L. Harbin

“Casey, I finished [Harvest Blizzard] on Saturday. Amazing!!! They [the Silver Falls books] are superb!! These books are suspenseful, lovely stories to keep kids’ attention, yet subtly teach them how to react to life situations. I’m awaiting the fourth!!! And I’ll continue to tell anyone who will listen about these books. By the way, this would make a great movie series!! I have been thinking about how I would relate these books to others…I would put them up against Charlotte’s Web or Black Beauty or Trumpet of the Swan or The Little House Series; just a really good series. It’s been a while since I’ve enjoyed a children’s series this much!”
-Julia D., mother of 5 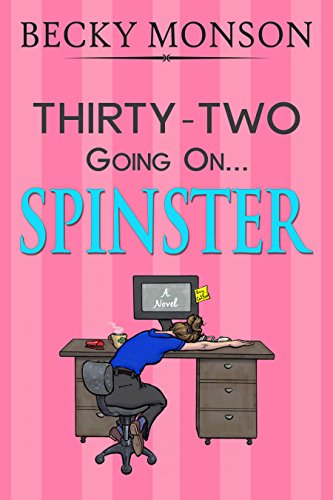 “This is true Chick Lit…relatable, quirky, and downright hilarious.” -Brookeblogs.com ★★★★★

“I couldn’t put the book down and literally woke the hubz up in the middle of the night because I was laughing so hard at one point.” -Mama’sGot Flair ★★★★★

From Readers’ Favorite Book Award winner, Becky Monson, comes a chick lit romance series that will keep you laughing. For fans of Sophie Kinsella, Helen Fielding, & Jennifer Weiner, follow the adventures of Julia Dorning as she tries to escape spinsterhood.

Julia Dorning is a spinster, or at least on the road to becoming one. She has no social life, hates her career, and lives in her parent’s basement with her cat, Charlie.

With the arrival of Jared Moody, the new hire at work, Julia’s mundane life is suddenly turned upside down. Her instant (and totally ridiculous) crush on the new guy causes Julia to finally make some long-overdue changes, in hopes to find a life that includes more than baking and hanging out with Charlie.

But when the biggest and most unexpected change comes, will the new and improved Julia be able to overcome it? Or will she go back to her spinster ways?

“Dear fans of Bridget Jones, Sophie Kinsella, and Marian Keyes, I have found an American author for you to meet and watch!” -Andi’s Book Reviews ★★★★★ 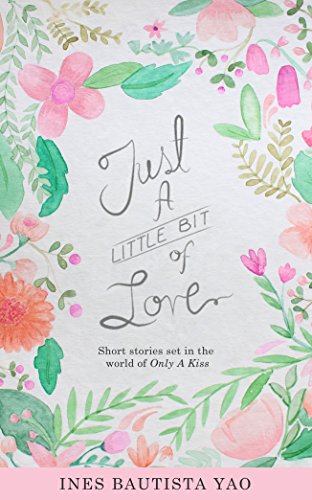 See larger image
Three short stories about three young girls: Anita, Ina, and Carla. Each one finding their lives disrupted by a boy. Maybe it’s because he wanders into the coffee shop where she works after school every Tuesday. Maybe it’s because he won’t leave her alone even if she has made it clear that she is crushing on his football teammate. Or maybe it’s because she’s spent one unforgettable afternoon with him—despite being oh-so-forgetful. Three small doses of love that serve up a whole lot of feels.
Kindle Edition: Check Amazon for Pricing Digital Only 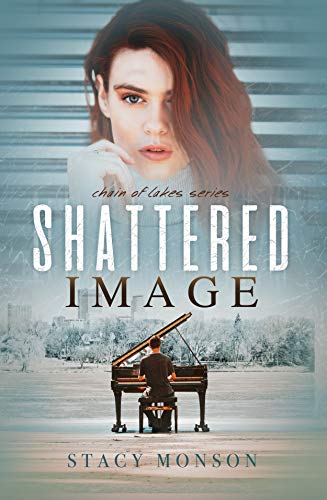 See larger image
Kiera Simmons’ career as a high-profile fashion model ends abruptly when a failed relationship nearly lands her in jail. Now she forges a quiet life helping teens understand their eternal value in a world saturated with the distorted messages of society.

Peter Theisen is on the fast track to everything the celebrity life promises with every step of his meteoric rise in the music world orchestrated by his ambitious manager.

Their sweet, unexpected romance is threatened by her past and his future, a life-changing diagnosis, and financial devastation. As they struggle to find their way back to each other, and to the One who matters most, the allure of wealth and fame may jeopardize everything. 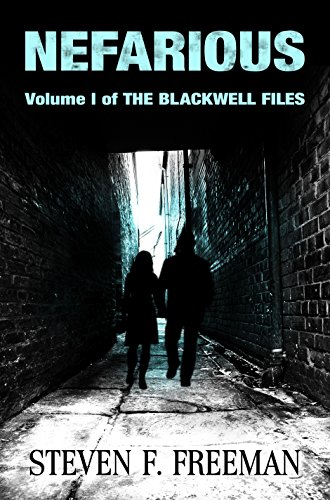 See larger image
“A heady thriller that gathers force with the understated menace of a tidal wave, then smashes home…Readers will be absorbed by Freeman’s never-flashy expertise…Superb touches of eeriness creep in.” Kirkus Indie Reviews

“Nefarious is one of those books that pulls you in from the first chapter and never really relinquishes its grip until you read the final page.” John Hardy Bell, author of “The Strategist”

When Army Communications Captain Alton Blackwell takes a hit to the leg while on active duty in Afghanistan, his self-confidence and his leg are equally shattered in the explosion. Assigned to a desk job while recovering, Blackwell manages to prove his resourcefulness as he matches wits with Al-Qaeda operatives in the dangerous regions of Kabul. Unable to fully heal, he resigns himself to the abrupt end of his military career as well as any hope to win the affections of the beautiful and intelligent Lieutenant Mallory Wilson.

Upon returning state-side, the quiet civilian life is quickly left far behind when Blackwell’s colleague Zach Lambert calls him from a weekend camping trip in the throes of a devastating illness with forbidding implications. In a story out of today’s headlines, Blackwell and now-FBI Agent Wilson explore the possible diversion of a biotech’s project to develop an improved vaccine, scouring leads at the CDC and biotec company, putting their Army and professional skills to the test, and narrowly escaping agents with a murderous agenda at every turn. The closer they come to the truth, the quicker the bodies pile up, along with the suspects. To get to the bottom of the sinister scheme, can Blackwell still use wits when his body has failed him? And will he survive long enough to tell his colleague of the feelings for her he has long kept secret? 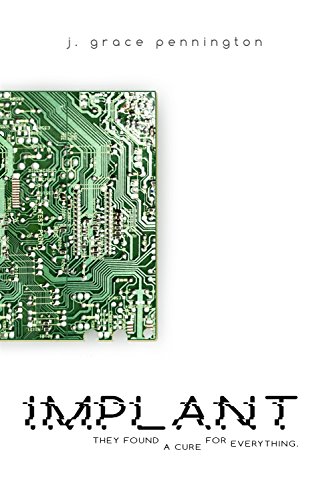 See larger image
Welcome to the world of a universal cure.

And when he learns that he’s the only one who can destroy the base of operations, he’s faced with an impossibly painful choice: either hide and let the world decay under this mysterious futuristic force, or rescue humanity from oppression, knowing that there’s someone out there who is willing to use any means necessary to stop him. 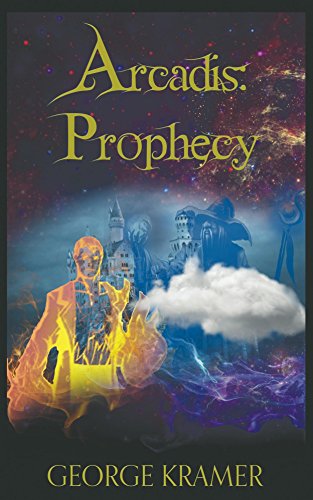 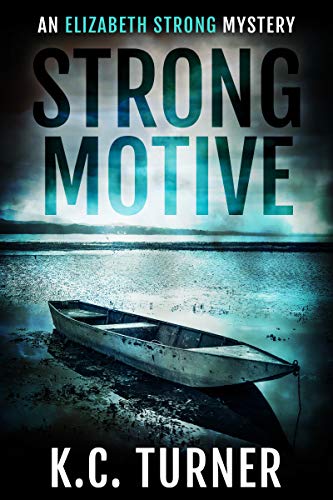 Domestic violence crime advocate, Elizabeth Strong, knows this more than anyone. She’s been there and now she’s doing everything she can to stop it.

But while helping an abused, prominent woman navigate through the court system, Elizabeth falls prey to an unknown stalker. The detective assigned to protect her soon discovers her victim is the target of a murder for hire and they’re both taken to task in finding the would-be-killer. As the evidence in both cases continues to grow, so does the stalker’s aggression.

Meanwhile, the tangled web of Elizabeth’s past begins to unravel and Detective Martinez must work harder to protect one of his own. Everyone is suspect. Is the victim’s angry husband on the defense? Or does the path lead to the one man Elizabeth fears the most? It’s soon realized that nothing is ever as it seems…

What readers are saying:

Book 1 of the Elizabeth Strong Series. Can be read as a stand alone. 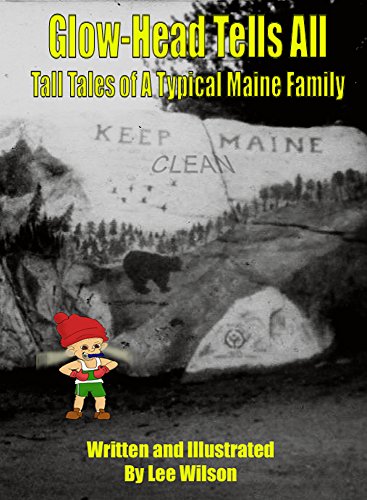 See larger image
A man, his clan, and a powder blue sedan. Nine short stories that are based on actual events as recalled by a dim-witted eight year old with an over active imagination, including the already published Lean To of Terror and Porpoise of Moosehead Lake.
Kindle Edition: Check Amazon for Pricing Digital Only