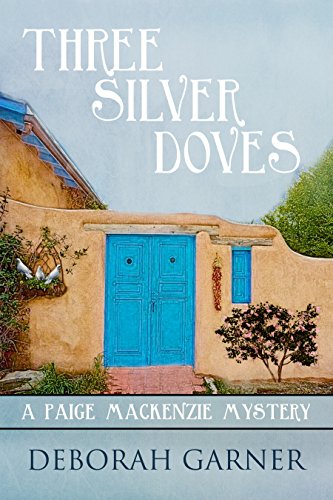 Paige is immediately intrigued with a local artist’s one-of-a-kind jewelry designs, as well as weekly gatherings to hear legends from an elderly storyteller. But when identical jewelry shows up on another guest and the storyteller goes missing, Paige’s R&R is soon redefined as restlessness and risk. Curious and persistent by nature, Paige is convinced there’s a connection. Enlisting the help of a flirtatious resort worker seems like a good idea until it begins to test her loyalty to her favorite cowboy, Jake Norris. Will an unexpected overnight trip to Tierra Roja Casino lead her to the answers she seeks, or are darker secrets lurking along the way? 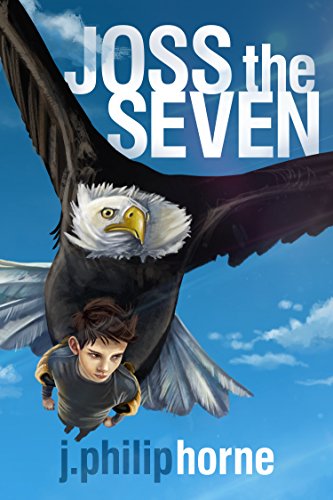 See larger image
Fourteen-year-old Joss Morgan loves a good prank, but the joke’s on him when he discovers he has superpowers. He quickly learns that with the new powers comes real danger. The Mockers are coming for Joss, and he doesn’t know why, or even who they really are.

The Guild of Sevens sends Mara to train Joss in his new powers, and she uses him to fight back against the Mockers. But nothing adds up, and pretty soon Joss is wondering which side he’s working for.

When the Mockers arrive at his home, Joss is out of time. He sets up a high-stakes prank to save his family. This time he knows that if he fails, he won’t end up in the principal’s office; he’ll probably be dead.

“Soundly crafted and well-paced, this is a story that’ll keep you turning pages late into the night.” Marc Secchia (best-selling MG/YA fantasy author) 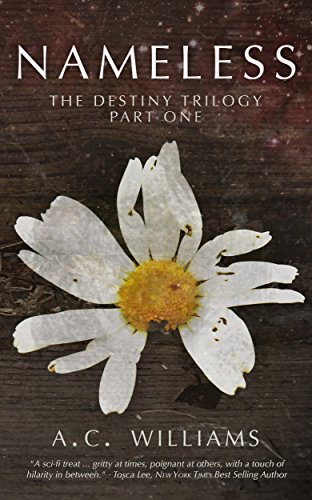 See larger image
A girl with no memories. A man with too many. And an assassin who starts a war to find them.

On the seedy backwater moon where a NUSovian ship dropped Xander off to scratch a living among the mines and brothels, true friends are a luxury she can’t afford. What kind of person doesn’t know her own name? Waiting tables and fending off amorous drunks barely earns Xander enough to survive, let alone escape to the civilized colony of NUSaxony to find a nuerotherapist who can help her regain her lost memories.

An ex-assassin on the run from his own past, Kale and a team of bounty hunters as eclectic and derelict as their ship saves Xander from a syndicate operative who started a space colony war to find her. They race against time, seeking the spaceship that holds the key to Xander’s memories before the syndicate catches up with them.

As the net closes in, Xander faces a choice.

Is finding herself worth the price her friends will pay? Or does true friendship mean sacrificing Xander’s memories—walking away from everyone she loves—to keep them safe?

After all, some things are more important than a name. 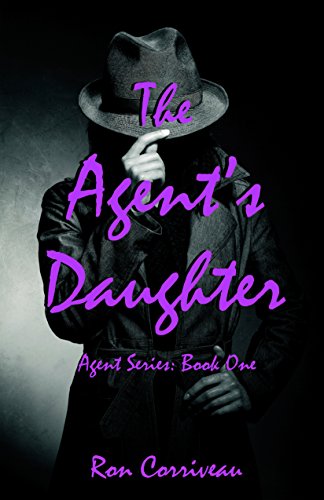 See larger image
Melina has been preparing for a future career as a spy.

She just doesn’t know it.

Legendary spy Evan Roberts always knew that his fifteen-year-old daughter
Melina also possessed the absolute lack of fear required of an agent.
Without telling her his real profession or his intention, he began to guide her
toward an eventual career as a spy. However, Melina’s world is shattered
after her mom is involved in an accident that leaves her mysteriously unhurt
but unresponsive. Her father’s plans on hold, Melina settles into life at a
suburban high school, immersing herself in a world of schoolwork, her
friends and a budding romance with Alex, the cute new guy in her class.

When Melina and her father uncover shocking new information about her
mother’s accident, Melina is pulled deep into her father’s shadowy world.
With Alex desperately trying to find her and only hours to go before it will
be too late to save her mother, Melina and her father work together using
their combined skills to find a way to reach her.

The Agent’s Daughter is the first book in the Agent Series, a young adult
spy thriller filled with mystery, suspense and espionage that builds to an
exciting climax!

The Reward of Anavrea (The Theodoric Saga Book 3) (Kindle Edition) 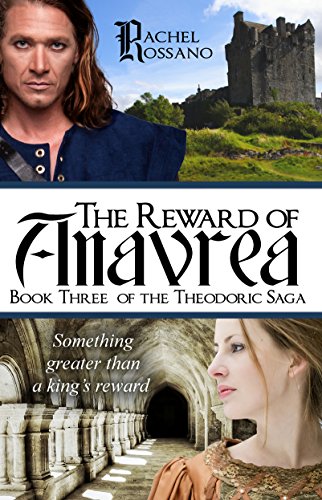 A hard life taught Jayne to avoid men, powerful men most of all. When a new nobleman arrives to take over the vargar, she takes her family and hides. But the new baron seeks her out and makes her an offer she can’t refuse: protection. However, once they were sheltered behind the dark stone walls of the vargar, who would protect her from the new master?

His reward isn’t what it seems.

King Ireic of Anavrea charges Liam, a former bodyguard, with the task of retaking and taming a corner of the northern wilds. Upon arrival at Ashwyn Vargar, Liam finds challenges beyond his military experience. The keys to the vargar are missing and so are the field hands who should be harvesting the fields. Once he finds the keeper of the keys, she raises more questions than answers. 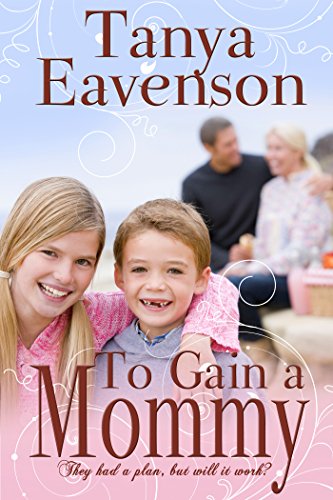 See larger image
They had a plan, but will it work?

Thirteen years ago, pediatrician Hope Michaels was the fool-hearted girl who came home from college to learn the man she loved was engaged to her twin. But now to move on with her life and accept a proposal of marriage, she must confront the one man who holds the key to the wounds of her past.

Fire Captain Carl McGuire can put out any flame, except for the one Hope sparks within him. As she stirs up his life and heart, Carl knows some things never change. Even a past he’d rather keep hidden.

When a new neighbor moves in across the street who would be a perfect fit for their family, Mary and Brody form a plan to bring their dad and Hope together. But how will it work if Hope keeps pushing him away? 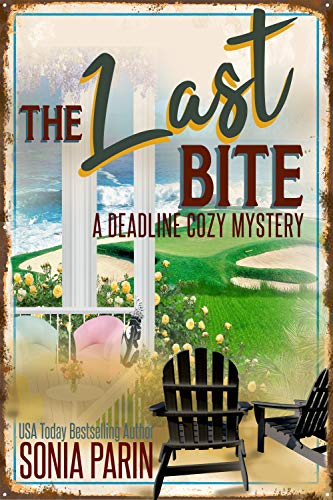 See larger image
Eve Lloyd’s childhood nemesis, Charlotte McLain, is getting married. Nothing will induce Eve to attend. Nothing except… blackmail.

From the start, everything about this wedding rings alarm bells for Eve. The location, the groom, the guests. The bride. But that’s nothing unusual. The odds of everything going right are stacked in the bride’s favor. There have already been several deaths on the island. Lighting surely wouldn’t strike again…

When the groom suddenly dies, all fingers of blame are pointed directly at Eve. After all, she had opportunity and plenty of motives.

She’s been framed and despite trying to keep her nose out of trouble, she’s now been dragged right back into the thick of it. The list of suspects is extensive, but she’s sure she can narrow it down to… at least a half dozen people.

Dating and Dessert: Book One: A Romantic Comedy (A Sweet Romance 1) (Kindle Edition) 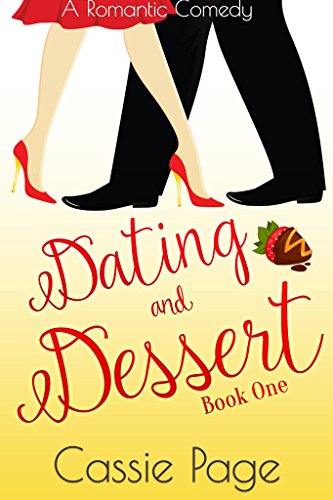 In the grocery store ordering two lamb chops while she bought her solitary chicken breast.

In the park working off her secretary spread while they walked their designer puppy.

In the elevator carrying shopping bags bulging with expensive bed linens while she hauled grocery bags filled with flour and sugar to make cookies.

Everywhere lovers, all of them young and trim. And there was Melody, middle-aged and grandmotherly.

Until she decided she couldn’t do anything about her age, but everything else was up for grabs.

But would a makeover and a stab at Internet dating be enough to open her heart to love again?

Download Dating and Dessert now, and curl up with this page-turning romantic comedy with recipes that will bring to mind Bridget Jones, Sophie Kinsella, and Sex in the City.
Readers say, “I loved this book! The story is funny and well-written. . . I’d give it more than 5 stars if I could.”
“I loved this little story! I actually laughed . . . as I saw myself and close friends in this light-hearted little romp. . . .”