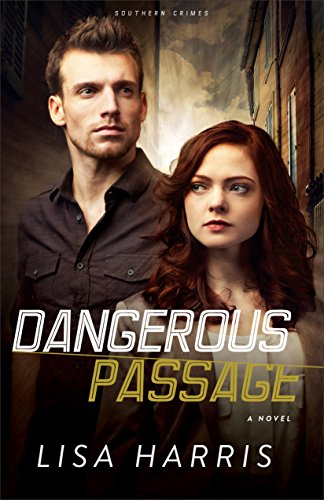 See larger image
She’s dedicated her life to ending violence. But has she moved too deep into a treacherous world?

When two Jane Does are killed on the outskirts of Atlanta, Georgia, detective and behavioral specialist Avery North discovers they share something in common–a magnolia tattoo on their shoulders. Suspecting a serial killer, Avery joins forces with medical examiner Jackson Bryant to solve the crimes and prevent another murder. As they venture deep into a sinister criminal world, Avery and Jackson are taken to the very edge of their abilities–and their hearts.

Dangerous Passage exposes a fully realized and frightening world where every layer peeled back reveals more challenges ahead. You’ll be hooked from the start.


Lisa Harris is a Christy Award finalist and the winner of the Best Inspirational Suspense Novel for 2011 from Romantic Times. The author of more than twenty books, Harris and her family have spent over eight years living as missionaries in Mozambique, where she homeschools, leads a women’s group, and runs a non-profit organization that works alongside their church-planting ministry.
Kindle Edition: Check Amazon for Pricing Digital Only 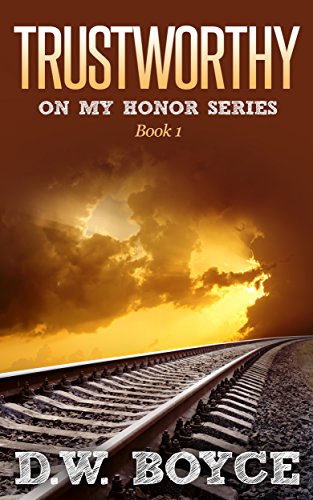 See larger image
Noah Mansfield and his best bud Titus Bidner have been best friends since birth. They go everywhere and do everything together including Scouts. Noah’s twin, who died at birth, is now telling him his best friend has been seriously injured.
Wait… what? How can that be?
Noah soon learns his twin’s story is true and he begins spending lots of time at the hospital with Titus. Over the next few months Noah will work hard to bolster Titus’s strength and resolve.

Take the journey along with Noah as he struggles with loss, guilt, and all the questions about life. Watch and listen as he determines the true meaning of friendship and loyalty. Book 1, Trustworthy is a heartwarming story for all ages. 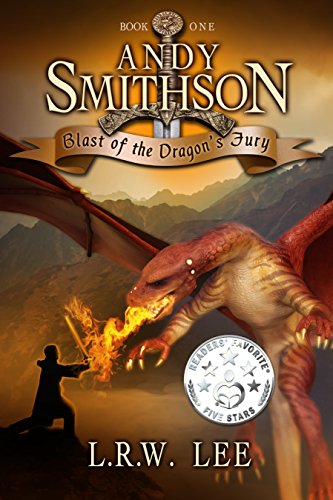 100+ five-star reviews. Experience it for yourself!

Gamer Andy Smithson is whisked away to the magical land of Oomaldee, where fire-breathing dragons, giants, and deadly curses lurk around every corner.

Trading his controller for a sword of legend, Andy embarks upon an epic quest to break a centuries-old curse oppressing the land. It isn’t chance that plunges him into the adventure though, for he soon discovers his ancestors are behind the curse. 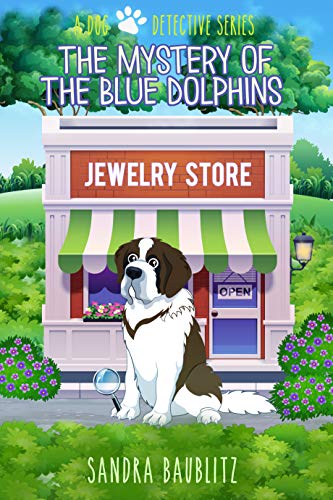 See larger image
When struggling freelance writer, Clarissa Hayes, and her trouble-making Saint Bernard, Paw, visit their relatives in Upstate New York, they are saddened to find the family in mourning. Clarissa’s amateur sleuth uncle has died, evidently from a heart attack.

But was the death truly an accident? An anonymous note hints that her uncle was murdered, and now Clarissa and Paw are determined to sniff out the truth.

Soon the duo find themselves nose deep in their uncle’s final baffling case: the theft of the fabulous Blue Dolphin diamonds. Clarissa’s determination to find her uncle’s killer leads her deep into a world of glittering gems and deadly secrets, where each new discovery threatens to bring her to the notice of a ruthless murderer who will stop at nothing to cover his tracks. Can Clarissa and her detective dog Paw crack the case, or will they become the killer’s next victims?

This is a 5200 word short story/mini mystery. Read time is approx. 30 minutes. 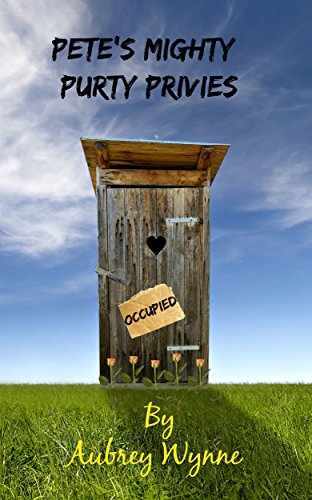 See larger image
Pete McNutt needs customers for his new business. Spring has arrived and it’s prime time Privy Season. After much consideration, he refines his sales pitch and heads to the monthly meeting of the Women’s Library Association.
Kindle Edition: Check Amazon for Pricing Digital Only 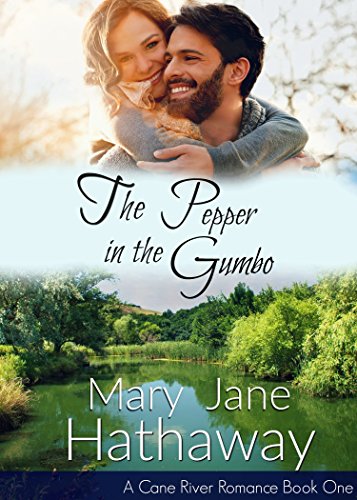 See larger image
Alice and Paul clash from the start, but nothing is ever quite as it seems. When secrets are revealed, will there be a second chance- for both of them?

Alice Augustine runs the oldest bookstore in the historic district of Natchitoches and believes technology is the root of most problems. If only more people would turn off the Tv and shut down the computer, the world wouldn’t be in the mess it’s in. She wishes she could get the teens she loves to step away from the screens and hold on to their Creole culture. The only person who seems to understand her passion for classic literature is the mysterious website owner, Browning Wordsworth Keats.

Paul Olivier comes back to his home town determined to show the people of Cane River that he’s not the poor, nerdy kid he once was. He’s made a fortune designing video games and opening a giant electronics store right in the snooty historic district will be the crowning glory of his career. Unfortunately, one bookish anti-tech fanatic has decided to do everything she can to keep that from happening. Even worse, she doesn’t know that in cyber space, they’re kindred spirits.

A romance that brings the humor of You’ve Got Mail and the deep friendships of 84, Charing Cross Road, this romance will touch the classic literature lover in everyone.


Other books by Mary Jane Hathaway

Enjoy cozy mysteries? Check out my new series!
Curious about how Starling and Swift came to be? Book One, Murder at the Mayan Temple, is always free here!
Don’t miss the second book, Death on the Wind! Who needs enemies when you’ve got friends like these?
Book Three, Danger at the Dive Shop is a deep sea game of cat and mouse.
If you’re like Kitty and have always wanted to explore Old Town Havana, don’t miss the Fourth Book, Chaos in Cuba.
Book Five, Sabotage on Solitude Bay, is a special edition Christmas mystery set at Leander’s family home in the Florida Keys.
Book Six takes you on a Catalán adventure that ends in a shocking twist: A Scandal in Spain.
Prepare for an ice cold killer in Book Seven, Nightmare Under the Northern Lights.
Big changes―and mortal danger―are in store for Starling and Swift in Book Eight, Terror at the Turtle Sanctuary 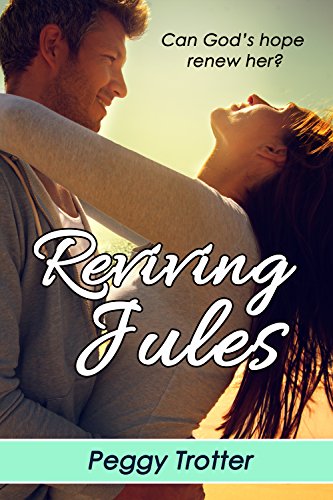 See larger image
Jules Summers, a proverbial Jonah, runs from family, career, and neighborhood. Where’s she going? To find a place of healing for wounds so deep, she shuts the door against the very One who restores. But God never abandons and a kindergarten angel arrives, towing her father, Rhett Carsen. Rhett Carsen vows never to marry again. He redoubles his efforts to raise his motherless daughter alone, but runs into trouble when work sends him traveling. His daughter instantly bonds with newcomer Jules Summers, who in turn assists him in caring for his daughter. She seems like the answer to his prayers—an instant live-in nanny. Yet, why does she captivate his every thought? They work together as a team to care for Rhett’s child. But is “practicality” the only thing God has planned for these two? Or could there be a whole lot more?
Kindle Edition: Check Amazon for Pricing Digital Only 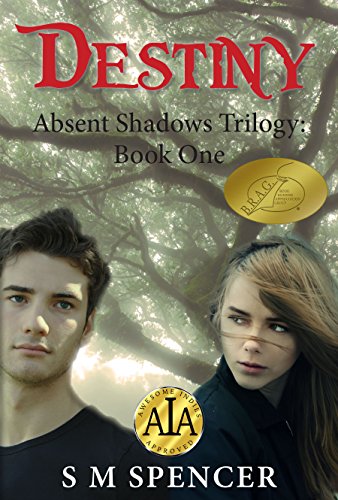 Destiny: ‘The predetermined or inevitable path a person must follow.’

When nineteen year-old Lili McIntyre decides to trade her California summer for a mid-winter visit to Australia, it’s in hope of finding inspiration and direction in the country where her father was born. She’s nervous about her first overseas trip, yet excited about spending time with her aunt and embarking on what her mother insists is “an opportunity of a lifetime”.

But when Lili arrives in Melbourne the first thing she finds is the last thing she’s looking for–a brooding man who makes her heart race every time she sees him.

Enticed by his dark, seductive eyes Lili ignores her better judgement and finds herself drawn into a relationship that will test her very beliefs about life, reality and fantasy–and things that she thought only existed in nightmares.

Will Lili succumb to the allurement of this dark and sensuous stranger? And if so, does she have what it takes to follow the treacherous path that leads through his world of Absent Shadows?