The More The Merrier: A Clean and Wholesome Romance (Seasons of Love Book 1) (Kindle Edition) 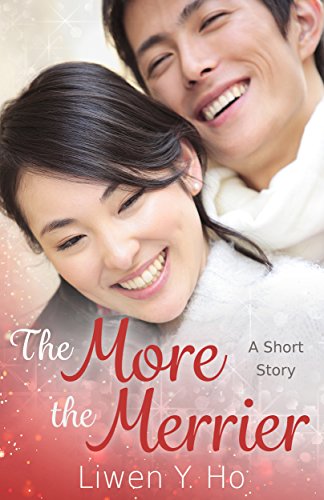 See larger image
Fed up with a string of bad blind dates, health blogger Alyssa Wu wants to drown her sorrows in ice cream. But there’s one more evening she must endure—a fake date with her best friend Barry Chang. They must convince her family they’re in love, an act which may (or may not) be easy to pull off, thanks to the magic of some mistletoe.

This 10,000 word short story is perfect for your lunch break, workout, or while you wait in line at the mall. Read it today to get into the Christmas spirit any time of the year! 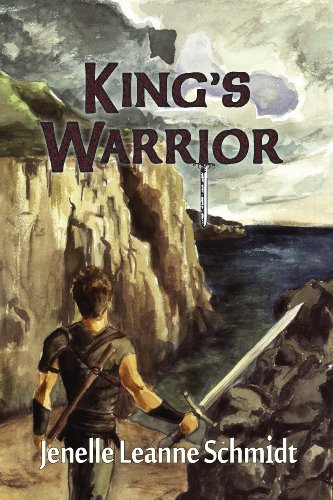 Threat of invasion looms. Oraeyn dreams of glory on the battlefield. Instead, he must engage in a battle of wills with a headstrong princess while ushering her to safety (and boredom) in a small village. But they must put aside their differences to save their homeland and complete the second part of their mission: seek out the legendary King’s Warrior to persuade him to take up arms once more.

When their journey leads them to the lost realm of the dragons they get more adventure than either of them bargained for! 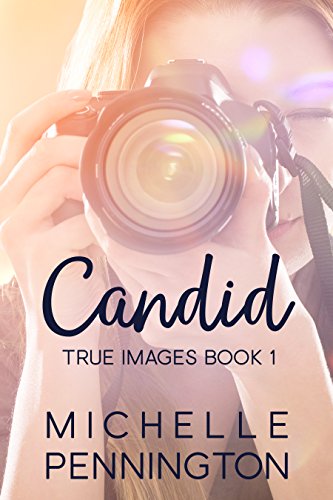 See larger image
Life is simple for high school senior, Sienna Whitfield. With a few good friends, a camera, and a dream, she has everything she needs to be happy. But when Jordan Rubio, the most popular girl at Haskins High, makes her mad, she decides to use the power of photography to right a few social wrongs. As if that doesn’t cause enough drama in her life, she realizes she’s falling for the new guy, Lee Franklin. Strong and protective, he’s just what she needs to survive the craziness she’s stirred up at school. If only she didn’t have to keep her feelings for Lee a secret from her mom…
Kindle Edition: Check Amazon for Pricing Digital Only 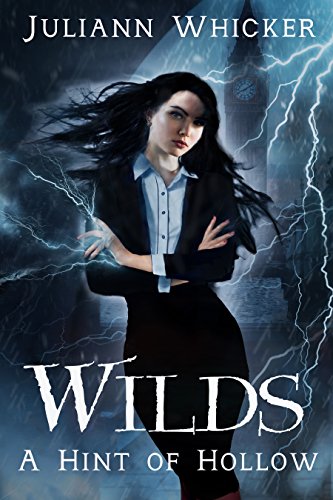 See larger image
House of Slide: Wilds, is the Prequel Novella in the moody and evocative House of Slide Paranormal Series

With her powers of wind and lightning at her fingertips, Helen arrives at London, prepared to rescue her brother from his catastrophic choice to abandon the House of Slide, leaving safety behind her.

However, soon she finds her plans upended, stuck in the city in the middle of a civil war as Houses fight Houses. Worst of all, she is now at the mercy of an unethical Hybrid Assassin, Matthew, who knows more about Helen than she knows about herself.

Helen must come to grips with her own place in the House, the truth about why her brother left, and what part she’ll play in a world where the stakes aren’t only your freedom and your sanity, but your very soul. 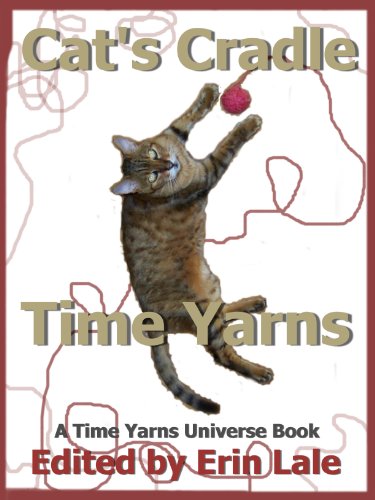 ‘The Medium’ by Susannah MacDonald

Cover art:
The cat on the cover is Beni-Wan Cat-Obi. He was the dream cat of Time Yarns Universe originator and anthology editor Erin Lale, who found him through a Bengal Cat breed rescue website and adopted him from 9th Life Hawaii. Since the Bengal breed is illegal in Hawaii, the no-kill shelter flew Beni to the mainland to be adopted in Nevada, where his breed is legal. He had been a wharf cat in Maui before being rescued. His age was unknown, but lived in Nevada for 3 years. He died of lung cancer while this anthology was being edited. Erin dedicates this anthology to his memory and to the continuing plight of Bengal Cats picked up by shelters in states where the breed cannot be adopted locally, and to other cats and dogs affected by breed bans.

The characters, settings, etc. in stories written by universe originator Erin Lale can be freely used by other writers, artists, etc. The stories and artwork by other creators are copyrighted by the writers and artists and their characters and other work belong to them.

Review:
Quotes from the Review by Susannah MacDonald:

“The reader is lead easily into the twists and turns of this amusing piece.”

“This paranormal tale of tails, begins with the sweep of a cat’s plumed tail,
and continues with the introduction of this distinctive cat, Locard. Locard is
found after a hurricane, and his presence weaves, suitably catlike, through the
ins and outs of Jeremy’s quest to discover the truth behind the family mystery,
that of an `icy’ cold case.”

About The Sleepy Cat’s Treasure Hunt

“The story is full of this richly comic imagery.”

About The 13th Time

About Long Time I Hunt

“This delightful and beautifully written story, draws together elements of
traditional culture and spirituality, with a narrative told from the cat’s point
of view.” 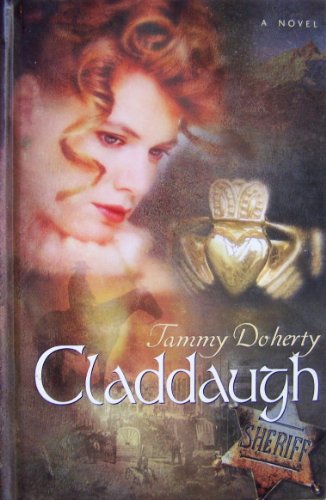 Leigh Latham dreamed of marrying a man of wealth. When she chooses money over love, she turns her back on family and friends. But life doesn’t go quite as Leigh planned.

When the dream becomes a nightmare, Leigh flees Philadelphia. With nowhere else to go, she returns to the friends she left behind. Can she possibly hope to find forgiveness?

Marshal Rory Johnston thought he was over Leigh. Now he isn’t so sure they can be just friends. Is Leigh hiding something, running from someone? Can he protect her and his heart at the same time?

Will history repeat itself? Or can loyal friendship grow into a love to last a lifetime?

A Moon of Their Own (Kindle Edition) 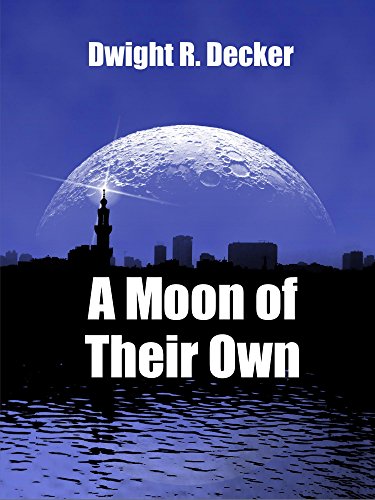 See larger image
Is it a theme park or a model railroad? Or a mad billionaire’s ultimate self-indulgence?
It’s the year 2037. Sixty thousand miles out in space orbits the asteroid called Vesper, Earth’s new second moon and the private property of the richest man in history. No one knows what he has been building there, but suddenly the future of the human race depends on finding out — and fast.
For fifteen-year-old Ronn Evans, what begins as another ordinary day in school winds up very differently when he and his cousins are all but kidnapped by their own government to be sent into space. To their amazement, they learn that they are the only ones who can get inside the mysterious asteroid to see what has gone terribly wrong.
There are other players in the game and time is running out. Will the cousins ever see Earth again?
Kindle Edition: Check Amazon for Pricing Digital Only

The Thief Of Hearts (Kindle Edition) 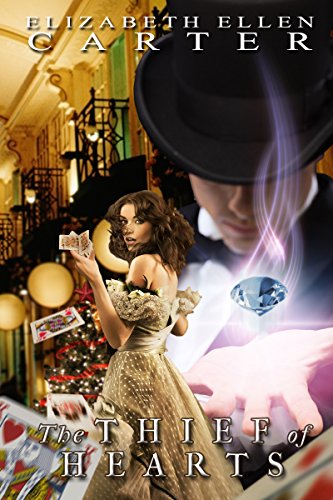 See larger image
December 1890. London, England.
Some seriously clever sleight of hand is needed if aspiring lawyer Caro Addison is ever going to enjoy this Christmas. To avoid an unwanted marriage proposal, she needs a distraction as neat as the tricks used by The Phantom, the audacious diamond thief who has left Scotland Yard clueless.
While her detective inspector uncle methodically hunts the villain, Caro decides to investigate a suspect of her own – the handsome Tobias Black, a magician extraordinaire, known as The Dark Duke. He’s the only one with the means, motive and opportunity but the art of illusion means not everything is as it seems, in both crime and affairs of the heart.
As Christmas Day draws near, Caro must decide whether it is worth risking reputations and friendships in order to follow her desires.
Kindle Edition: Check Amazon for Pricing Digital Only

Woe for a Faerie

See the giveaway details
at Goodreads.